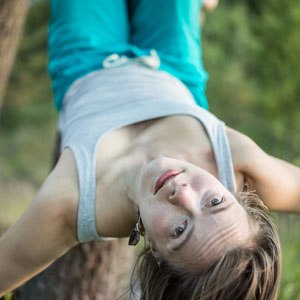 I travel constantly with my circus work across Europe. Contact me and ask for future locations

I was born in 1986, and had my AuraTransformation™ in 2013 and shortly after became an Aura Mediator™ in 2014. Since 2009 I have worked as a professional circus acrobat in the European contemporary circus field, mostly initiating and performing my own projects.

I am a multitalented acrobat also playing music and singing in my performances. Even though on the visible level I work mostly with physical actions, energetic work plays an equally important role working as an artist. In my life, the energetic phenomena are not just something noticed by the sensitive people, but forces turning into concrete actions, happenings and feelings.

Download a free excerpt from Anni Sennov's book "Balance on All Levels with the Crystal and Indigo Energies".